The late king's bastard lives in the technological elf world of Toceuro. His brother the prince urges him to find a wife. But he doesn't want it because he thinks he is inferior, yet the prince is not satisfied with no for an answer and sends a questionnaire by e-mail to every unmarried woman in the world.

Everything is disrupted when the prince is poisoned and the finger of blame points at the brother and the woman. Together they look for an antidote.

That is the promise Myrtle made, when she was ten years old. And she meant to keep it.

In a world where the creatures from dreams and nightmare live beyond The Thicket of Thorns. It is not strange to be afraid of something.

When Myrtle gets the chance to look for a magical book beyond The Thicket. She jumps up at the opportunity.

The world unravels before her, a realm with danger looking for a moment of weakness.

Will she stay strong and keep her friends safe? 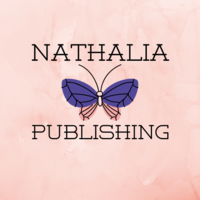 Robin is admitted to a home for girls and makes friends there. Nine whole years pass and the group of friends the Fallen Angels as they call themselves. Caused a lot of trouble for the local police force, the Novas.

But when war breaks out, the friends don't hesitate for a moment. They both offer a helping hand in exchange for food and shelter. The finger of blame, for the attacks on the spaceship, is soon pointed to the near planet Catia and its inhabitants, the Catians.

After the Fallen angels have proven themselves, they are sent by the king of Nova Babylon to Catia, where they come face to face with their enemy. Or so they think.

Count Dadrick Ventila, a vampire of a noble family, founded this school for the young souls deprived of educational coexistence. He could no longer take it, especially when he became a father himself and his only son had no safe place to learn and grow. Red Tempest Academy is the first night school for the children of the night and has a great reputation for it.

Follow the students of the Red Tempest Academy on their journey.

The Rose and Serpent ISBN:

The magic dance begins, Diàsha Sumero waves her fans. The sun begins to shine, the purple blossom opens its buds. A new beginning, but also the end to a normal life.

When Diàsha Sumero turns sixteen, she discovers that she has been chosen to host the crane spirit. One of the six sacred animals, she is taken from her brother and placed in a house with the other hosts.

But she is immediately urged to keep this a secret, if the secret does come out and her brother is kidnapped, she and the other hosts must take action.

Many stories are told about the seas of Stormina - ghost ships, sea witches, and monsters.

Helana never expected to end up with in one of those stories. Now, she must find a way to live with the once infamous pirate, Turnog, and his crew.

When she also comes face to face with the sea witch Isodora and learns of the curse she has placed on her new friends, Helana must find a way to break the curse.

After the prince broke Odette's curse, they got married and they lived happily ever after.

Odile who is still under Rothbards curse is not so lucky, she is content with her life. But when Odette learns about Odile's condition she determined to help Odile and break her curse as well.

Katherina Shea has a dream to become the first ever police woman. And when her fathers police unit faces a serial killer she gets the change. Will she figure out who the murderer is?

Aria Baxter fell through a portal when she was ten years old. Seven years later, she discovers that she as also the gift of Mystic energy. Is this maybe the reason why she fell through that portal, and will she see her father ever again?

A rare rose blooms between the weeds, an innocent on the run. The abandoned city no longer abandoned, the untamed tamed. The truth will be revealed and a curse broken.

Casandra always doubts herself, even when she is the only Crystal Witch of her clan left.

Her mother kidnapped by the Cenitry and the rest of the witches dead, she has only one option left.

Or those she has a choice.

Stories in a  Golden frame